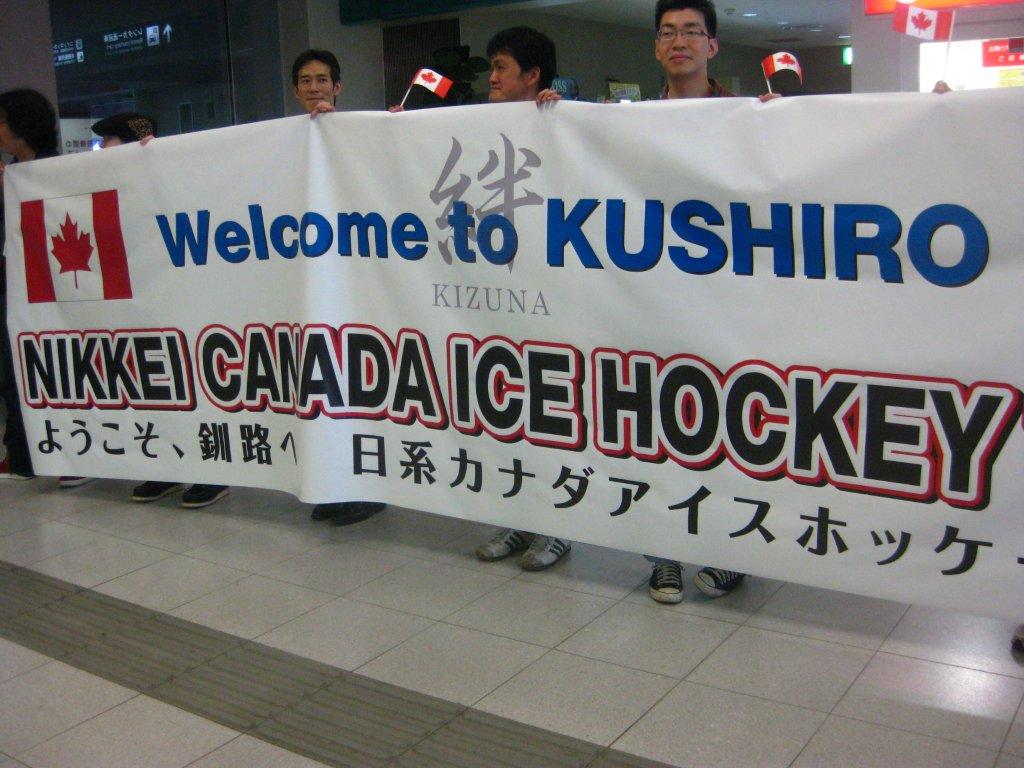 An uneventful trip to the airport this am. But checking in was a different story… I’m not sure why but me being detained by airport security became a source of entainment for the whole group. (Diane won’t tell me how to say “I have a metal hip" in Japanese)

When we arrived at Kurshiro the Japanese Committee and fans were there to greet us with a large banner and welcoming speech.

Posters have been put up all over town announcing the Nikkei Hockey team’s game schedule.

Coach Nak ran a low keyed practice for a bunch of tired players. Afterwards everyone got settled into their new digs and enjoyed the cooler temperatures. However, some parents settled in more than others (Dean and Susan’s slippers are even cuter than their ukata’s).