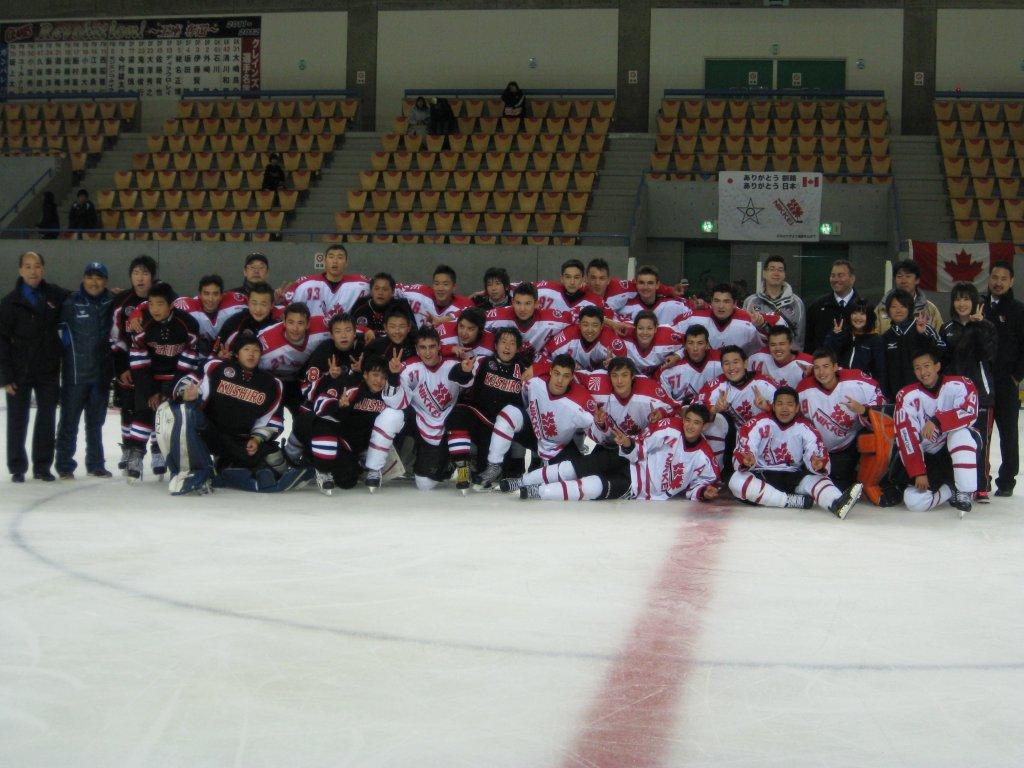 Coach Nak is back. After losing two straight, his team out scored the opposition 15 – 1 over the two games today…what a coach…brilliant line and system adjustments.

In game one the players came out determined to make the new systems, lines and pairings work and 6 minutes into the game scored three goals in just over two minutes. Everything was running like a well oiled machine. We tallied 8 goals on 44 shots, final score 8-1 against the Kosen High School team.

Between games the parent group presented the Japan-Canada Ice Hockey International Exchange Executive Committee (Nak’s buddies Kouji, Shinta, Baba and Ugasawara) with wine and clothing to show our appreciation for all they have done.

Game two was a bit more of a struggle in the beginning. We out shot Rengo High School team 15-3 but only scored twice. In the second we managed just one tally on 17 shots and took another 6 pims. With only 8 skaters the Rengo team finally got tired, allowing us to take advantage and score 4 goals on 20 shots. Final score 7-0, shots 52-9, pims 16-4.

Goal scorers today: Nic (3), Christian,Tanoshi and Ryan all with a pair, singles by Justin, Ashton, Paul, Makoto, Mathew and Wes. Dano back stopped both games,

That’s it for today’s update. We meet the Mayor (hopes he is not to mad about today) and play against Konan, Nak’s former high school team. It promises to be a test of our 'new look’ team.