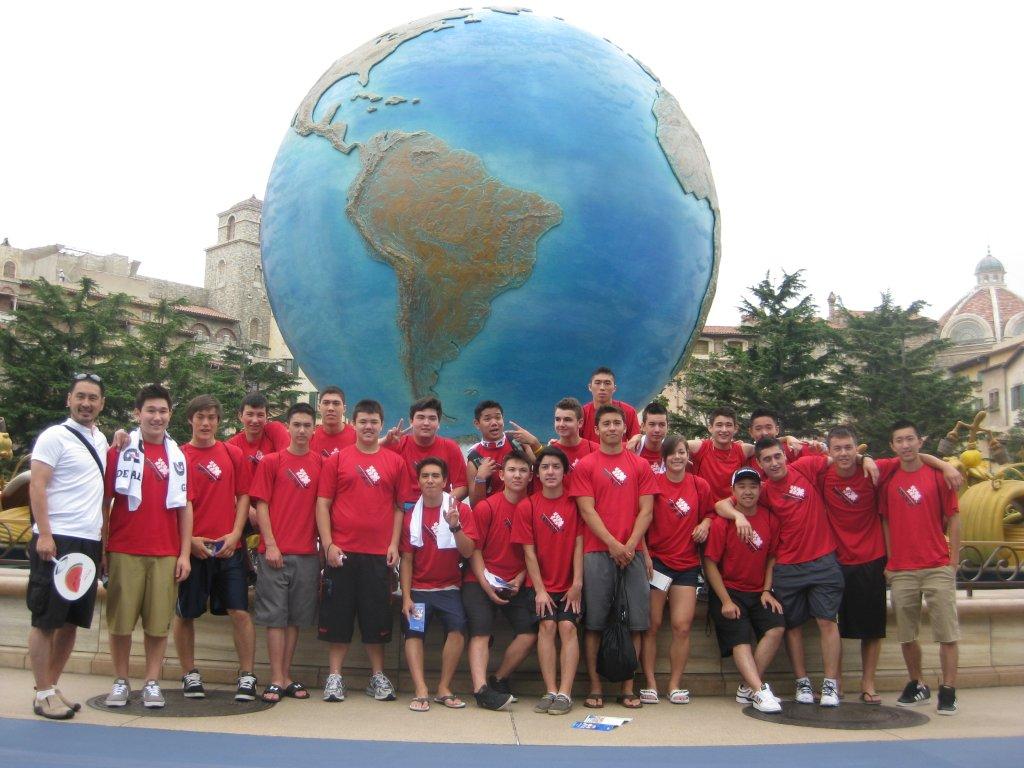 Day 5 – we had our second lesson in Japan’s rapid transit system (during rush hour!), taking five different trains and 2 subways today. Everyone passed and no one was left behind or lost. Except for the Nimi’s but we found them later in the day.

Nak and Megumi fit a lot of Tokyo into the day again – after the game we went to three shopping districts (4732 retail outlets but who’s counting) and one temple.

Anyway on to the game….Tom gave you the score already so this might be anti climatic but here are the details.

The game was played on Olympic size ice, two 15’s and one 20 minute period with one scrap and a friendly shoot out after the game.

Our boys came out hard with some good old fashion body checks, catching Saitama Sakae a little off guard, but the rest of the first period was played relatively even. We had difficulty hitting the net and were out shot 8-2. We had 4 minutes in penalties Saitama Sakae had 2. It was 0-0 after one.

Saitama Sakae scored early in the second period on a power play from a great shot by their captain from the left hash mark. They scored again 5 minutes later from a lucky deflection from a shot from the point. We had trouble staying out of the box (doubling Sakae’s penalty minutes again) but we found the net and out shot them 13-8. 2-0 after two.

Our boys came out hard again in the third but once again found the penalty box. We did have our best PK though, not allowing Saitama Sakae to break out of their zone. Unfortunately we couldn’t build on that momentum and instead they scored again on a shot from the right hash mark this time. They added one more goal for a 4-0 final. 38-30 shots in favour of Saitama Sakae and 12 PIM’s to 6 PIM’s in our favour.

The Nikkei team played hard and we were beaten by a very good Japanese high school team. Spirits are high and what the heck we are going to Disney Sea tomorrow anyway.

That’s it for now.
Glenn

While…we are about to get under way. The ...

Hello all, We have arrived safe and soun ...

After a good night's sleep at their home ...