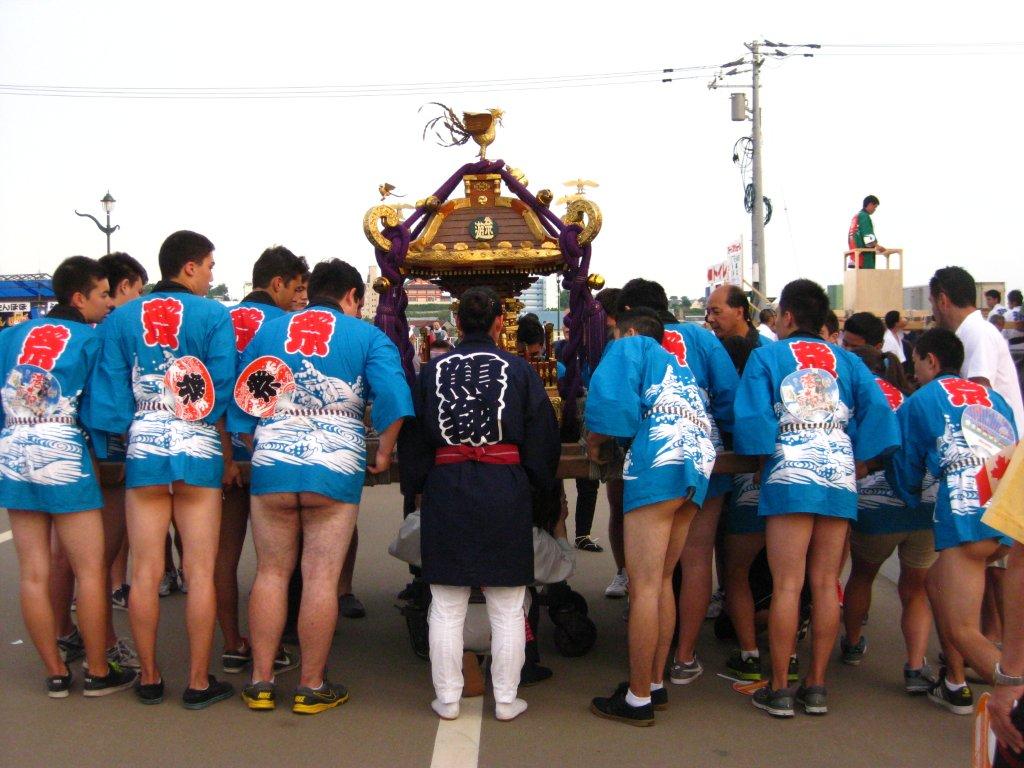 Day 12,,,,a day of rest, an evening of horror….well for some who were not expecting the evening’s new uniform.

During the day players and parents ate, some went on tours, did more shopping, took naps, bathed at the Onsen (public bath house) and packed.

The fun, games and cultural experiences took place in the evening at the Kiri Festival, The festival is a celebration of the ocean and the August fog that Kushiro is famous for. The evening’s festivities were attended by around 1000 or so people. It reminded us of the Steveston Salmon Festival.

The team had the honor of participating in the festival, in traditional hapi coats and fundoshi – a cloth thong underwear! Our Canadian boys struggled a bit with the shortness of the hapi coats but they energetically carried the traditional shrine around the festival grounds, careful not to drop anything they might have to bend over to pick up. Later the players were on the big stage where Nak made introduced each of the players and then presented the signed Nikkei banner and Tsunami relief donation for the Sendai Hockey Association. Captain Ashton did a nice job of thanking the City of Kushiro and all the volunteers that have made Kushiro the highlight of the trip. The Nikkei fan club followed the team to the festival where there were teary eyed good byes at the end of the evening,

After eating at the night market style outdoor food court with over 30 vendors, the players returned to the onsen. The parents….well we returned to the hotel for a celebratory pajama party of our own.

Tomorrow is a travel day as we move on to Sapporo.

Hey folks….another video on u tube for n ...