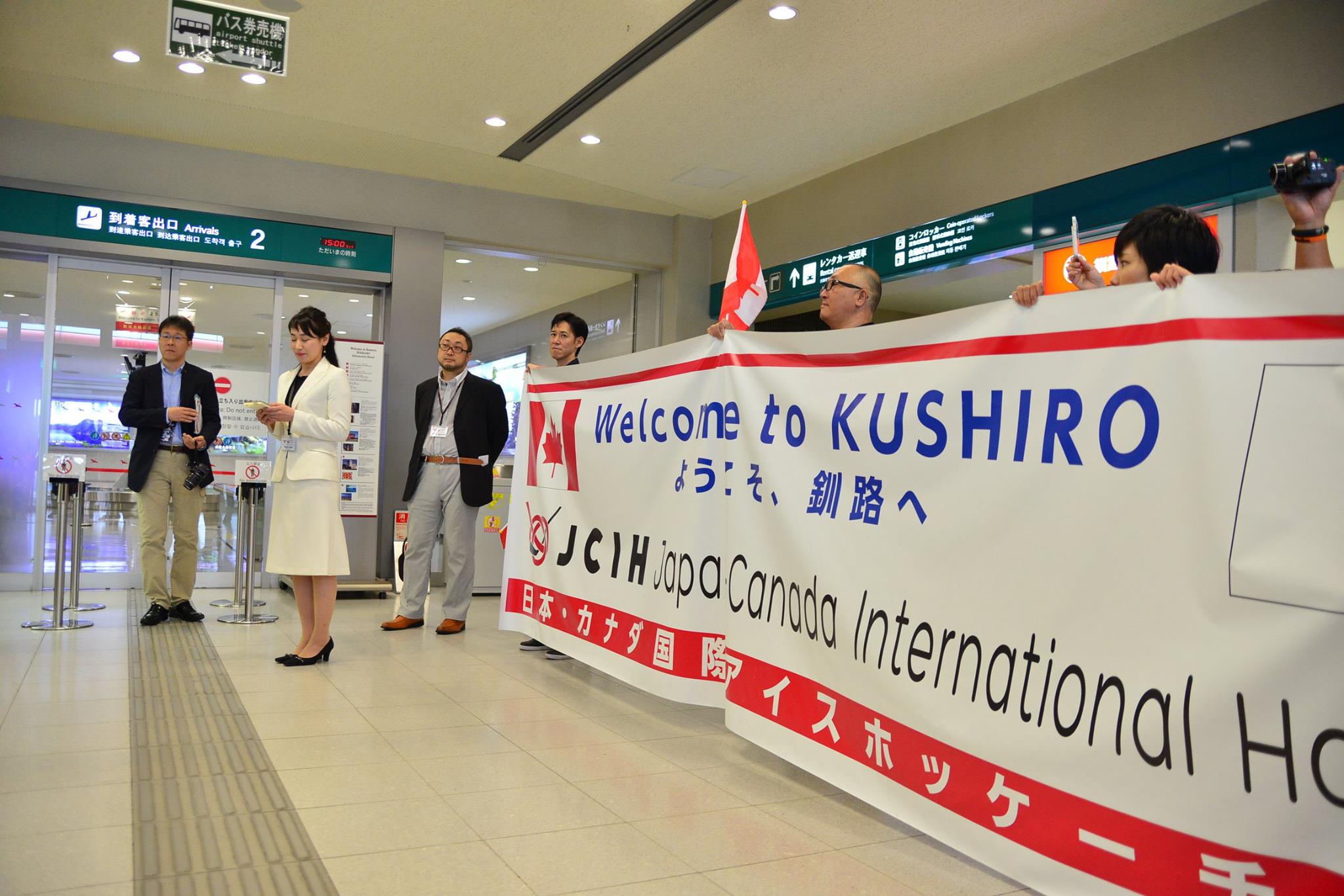 At the first flush of morning, many of the Asahi Blades players and parents were terrorized by a monster in jet lag. Kenta Muraki, was said to be awoken as early as 3:00 am. However, some were spared by the monster as Tom Sweeney impressively slept passed 7:00 am, a skill many wish to possess.

The Narita View hotel provided an incredibly diverse breakfast for its guests. Walking about the buffet floor, people generally sided with either a Japanese or Western meal. A most bizarre breakfast was preferred by some consisting of spaghetti, meatballs, and french fries. Marcus Verhoeven chose to eat a seemingly bottomless bowl of curry.

At 9:00 am, our journey continued, taking a bus to Haneda Airport and boarding a plane headed for Kushiro. The Japan Airline plane was old, rickety, and made noises normally heard when making a morning kale smoothie, but we somehow ended up landing safely on the Kushiro Airport tarmac.

There, we were greeted by a hoard of people including the homestay assignments for each player. Head Coach Hitomi Nakajima (or Nak for short) and Captain Nicholas Nimi teamed up to make captivating thank you speeches for all the support we received.

The players proceeded to spend the next couple hours with their respective families prior to the much anticipated first game against heavyweight Bushukan High School.

Upon arriving to the rink, their strict demeanor of the opposition was noted. The first year players would come earlier to set up necessary materials and stand patiently for others to arrive. When a starter or coach would walk in, the first year players would promptly greet them and wouldn’t receive a greeting back. There was clear hierarchy as respect for superiors was evident.

Soon, the game was under way. Taiga Andersson got the nod in goal and was greeted by an early goal. The first period ended with a 1-0 deficit. In the second period, Bushukan swiftly tacked on five more goals. For the Blades, Alternate Captain Michael Araki-Young provided hope with a power play goal right in front of the net off a nice pass from Ken Takahashi.

The game concluded with a 7-1 defeat in the hands of the powerhouse Bushukan, who outshot the Blades 60-5. The opposition had good chemistry evident by their crisp passing and showed great puck control and speed. It’s difficult to identify what exactly went wrong for the Blades. Maybe the jet lag monster snuck into the game despite the vending machine canned coffee consumed around the locker room.

The Blades definitely made improvements and adjustments as the game progressed, a welcome sign for the remaining games for the endeavoring group. Sports bring the world together.

The games will be streaming and it will ...